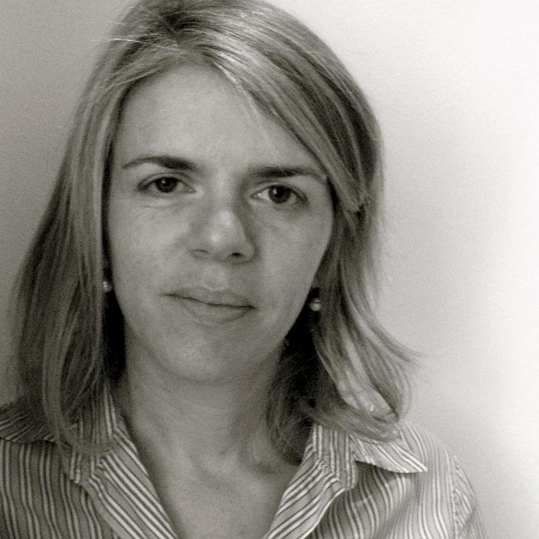 SUSANNA CROSSMAN is British but has been based in France for nearly half her life. She grew up in an international commune near London. She studied Drama at Exeter University and has Masters' degrees from the Université de Rennes 2 and Université Francois Rabelais. She regularly collaborates on international hybrid projects with visual artists, filmmakers and musicians. She has worked on three continents, as a drama-therapist and lecturer (Sarah Lawrence College, NY, Université de Rennes 1, Ecole d'art-thérapie de Tours) specialising in mental health and non-verbal communication. She writes in both English and French and her research work is published in France, Korea and Germany. She lives in Brittany with her partner and three daughters. And she also hosts a regular "virtual dinner party" feature, The Dinner Party Reloaded, interviewing writers for Lucy Writers Platform a showcase for works of women and non-binary writers and creatives.

Co-author of the French novel, L'Hôspital, Le dessous des Cartes (LEH, 2015), Susanna is part of the Dangerous Women Project. Susanna's flash fiction Loom Love is part of the new anthology Thousand, which is the first book published by the Brainchild Festival in March 2018. Her essay The Nomenclature of a Toddler was nominated for Best of the Net in Creative Non-fiction 2018 (Riggwelter Press). She is winner of the Lovereading Short Story Award 2019 (selected by Maxim Jakubowski, Alison Flood, Preti Taneja, Liz Robinson, Elena Lappin). She is a contributor to anthologies Trauma: Essays on Art and Mental Health (Dodo Ink) and We'll Never Have Paris (edited by Andrew Gallix for Repeater Books) and in Neue Rundschau (S. Fischer Verlage) - her first time having a story translated into German, which also features work by Anne Carson, John Berger and more. She has been invited to read her short fiction at the Bloomsbury Festival in London and her short film, 360° of Morning (3 artists on 3 mornings in 3 different countries) has been screened around Europe.

Susanna has written a stunning literary memoir, The Crimson House, exploring the grief of losing her sister and remembering their coming-of-age in a commune.

Her debut novel, Dark Island, is a miniature portrait of English society, its excesses, its divisions and its desire to withdraw. First publication is in French (translated by Carine Chichereau) as L'île sombre on the Les Croissée imprint of Grupe Delcourt! In his thirties, Josh, an English real estate agent, is about to close a big deal: the sale of a land-bound island at low tide. Before the signing, he invites a group of friends - at least they believe they are - to spend a weekend getaway on his treasure island. In the early morning, while the mist still holds back the night, Katherine, Sarah, Kevin, Charlie and Clarice, laden with food, cross the beach that separates them from the haunted fortress-like island. However, they forget to leave the worries, the pains, the grievances that they carry within them on the shore. The tension is palpable and it quickly becomes clear that there is something rotten in Josh's kingdom. As the hours pass the island reveals its shapes and dark secrets, the horizon blurs, personalities reveal themselves, and masks fall. This is the story of how our presents are haunted by our pasts, and of what happens when boundaries are crossed and frontiers are closed, leading to tyranny, violence and breakdown. Influenced by both Virginia Woolf and Patricia Highsmith, the novel moves from intimate trauma to landscape, questions of power, reveries and dreams.

Paris Review The Only Believers

Read interview and prize-winning story, Oh, I Do Love a Banana and listen to the story read by actress Rebecca Peyton and Susanna discussing her literary life with acclaimed writer and editor Elena Lappin on the Lovereading Podcast

Berfrois A Year Of Yellow Edges

Burning House Press Faith Is an Egg With a Thin Shell

Versopolis Give Me Life: The Camille Claudel Project

Riggwelter Press The Nomenclature of a Toddler, nominated for Best of the Net in Creative Non-fiction

Litro Wild Thing, Or The Law Of Superposition

3AM Magazine poem brut #26 – the diverse colors of needlework

The Stockholm Review of Literature The Ruin

Queens Mob Not My Writing Desk