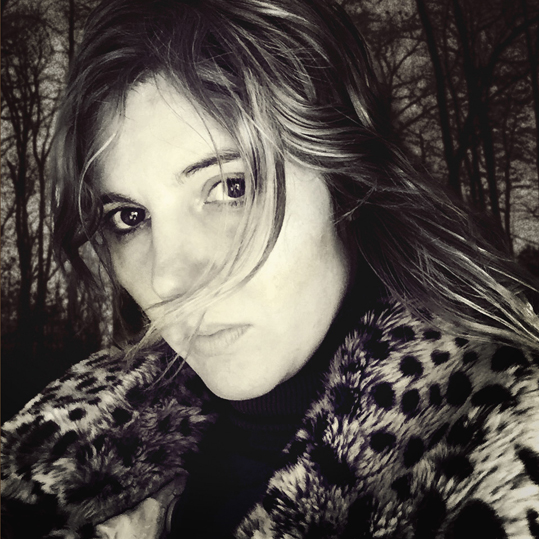 Madsen's nimble prose winds around your mind and heart, leaving you breathless.

SERAPHINA MADSEN was born in San Rafael, California and grew up on both the East and West Coasts of the United States. She taught English in France for four years and has lived in Germany, The Netherlands, and Sweden. She received an MA in Creative Writing from Kingston University, London. She resides in the UK. Her first novel Dodge and Burn (July 2016) launched a new independent UK publisher and received rave reviews.

She has just finished writing her second novel, Aurora, a surreal and speculative story narrated by a djinn who is obsessed with the contemporary American woman who releases him from a bottle.

Read a fascinating interview with Seraphina Madsen: "I was interested in transformation and boundaries, human potential, archetypes, the imagination, madness and sanity..."

"With Dodge and Burn, Dodo Ink have offered up an accessible, compulsive, accomplished and ambitious novel that may truly be called sui generis." Jude Cook, 3:AM Magazine

"Seraphina's writing is vital, exciting and above all, original. Dodge and Burn marks the arrival of a brave new voice." - Lee Rourke, author of The Canal and Vulgar Things

"Madsen's prose is wild and fun…her dialogue is frequently hilarious… a wild and often bizarre ride… a deranged fever dream of a novel…for those who get swept up in all the madness, this will end up being one you pass on to every single friend."- Daniel Carpenter, Bookmunch

"Madsen's avant-garde debut is peppered with enchanting turns of phrase and her engrossing prose is as delightful as it feels effortless. Allow yourself to be transported."- Elizabeth Aaron, Eclectic Magazine

"Very readable – if you fear you have an aversion to experimental fiction, you shouldn't be put off this one – I gulped it down in an afternoon, desperate to know where it was going – literally and figuratively. Dodge and Burn is a joy. It's a smart, often funny, wild ride. Anna North's The Life and Death of Sophie Stark and Emma Cline's The Girls are the female-led, American novels people have been talking about this year. If there's any justice, Seraphina Madsen's Dodge and Burn should be top of that list. A gem."- Naomi Frisby, thewritesofwoman.wordpress.com

"The absorbing narrative, impressive imagery, and plethora of memorable scenes make Dodge and Burn an enjoyable and compelling read- it is a surreal trip laden with wonderful research and convincing emotion. As the first release from new indie press Dodo Ink it bodes well for their upcoming ventures and for whatever Seraphina Madsen decides to turn her hand to next."- The Lost Lighthouse

"Seraphina Madsen is a highly intriguing new author whose writing encompasses both outrageously fantastic and movingly realistic modes of narrative… It's a bold and imaginative debut from this new author and promising new press." - The Lonesome Reader

"It's On The Road for the rave generation written by a woman. And given the quality of the prose, that might be enough for many. But it has more ambition, and in what is a relatively short novel, Madsen explores the widest possible range of transcendental mythologies I've come across in fiction. There is something incantatory in Madsen's listing of how and what journeys have been undertaken to explore the world beyond our physical selves. There is a point late on when the central character encounters a blasted landscape that's equal in evocation to Milton's depiction of Satan's landing place in Milton's Paradise Lost. I was there and I believed it." - Neil Griffiths, author of Betrayal in Naples and Saving Caravaggio

"It is the complexity of the narrative, the artistry in the writing and the knowledge you gain without knowing it that makes Dodge and Burn a great book and absolutely singular reading experience…Throughout Dodge and Burn Seraphina is constantly reminding us to look below the surface of the people we meet, the places we go and the stories we are told. Unlike most reminders, the message conveyed is mostly positive and charming – dig a little deeper and you shall find a world of wonder, spirituality, and opportunity, restricted only by your imagination…Highly recommended reading if you appreciate a vivid imagination and are curious about different perspectives on the world." - Damian Fuller, Indiepoo