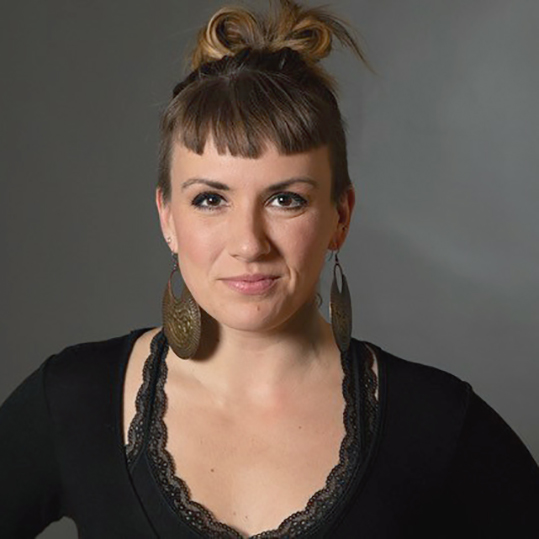 MEAGAN ADELE LOPEZ is a Cuban-American writer, filmmaker and actress who has created a storytelling career intersecting technology, art and communications. Her work has appeared in the BBC, The New York Times, The Baltimore Sun, The Next Web, Elite Daily, among others.   She has a diverse background from entrepreneur (co-founding the nation’s first social media marketing agency) to leading the New York Times’ global digital advertising teams in Paris to her current career as a filmmaker and novelist. Storytelling is what keeps it all connected.

She was most recently selected as a part of the cohort for the Saul Zaentz Innovation Fund to develop her feature length documentary, "Through the Eyes of Others". The film follows a group of theatre classmates from one of the world's top arts schools twenty years post-graduation and asks the question: what happens to dreams that go unrealized?

She attended the prestigious Baltimore School for the Arts as a theatre major, then the University of Southern California as a National Hispanic Scholar and Dean's Scholar, and La Sorbonne in Paris for Theatre & French, with a minor in business.

Always a storyteller at heart, she made the leap in 2019 to founding her company, Lady Who Productions, Inc, which focuses on diverse voices and stories that aim to uplift and inspire the world through ambitious, empathetic characters based in Paris, France and Baltimore, Maryland USA.

Now, after self-publishing her first novel, Three Questions, in 2012, she is writing a new romantic comedy set in France.

Watch her TEDx Talk. Is the Hero's Journey Freeing Us or Keeping Us Captive – "I created a new kind of human called The Hailene who are too complex, too mixed, too daunting – were killed off for hundreds of years until Iylah came around and learned how to integrate all parts of herself, to lead the world to a new vision of itself. We can be angry at the world, but we can´t let that stop us from seeing the gifts it gives us. Stories help us not just see our past but also help us to prophesize and imagine our futures. To create a new world we don´t yet need to change the transformational structures of our ancestors. We need different people with different beliefs, different stories, different mentors, different allies, different struggles to come forward, to become their type of hero."