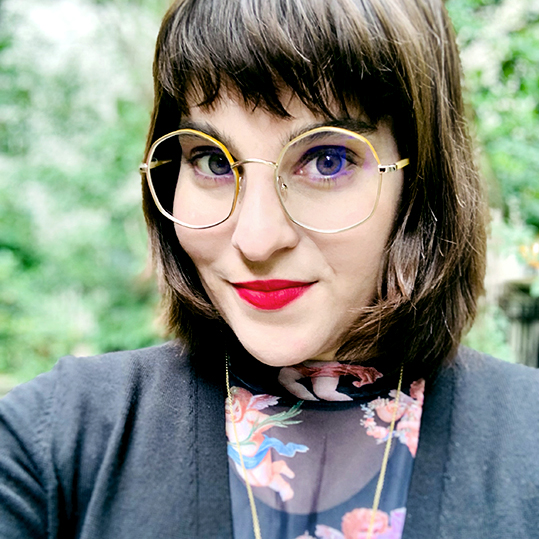 ALEXANDRA MARRACCINI is a critic, essayist, and art historian. Her work has appeared in the Times Literary Supplement, Los Angeles Review of Books, BOMB Magazine, Firmament and elsewhere. She is selected to the 2021-2022 class of National Book Critics Circle (NBCC) Emerging Critics fellows. She received her PhD from the University of Chicago (2018) in the History of Art, and her BA from Yale University in History. She is currently a researcher with the Bilderfahrzeuge Project based at the Warburg Institute, School for Advanced Studies, University of London. Her interests range from baroque complexities to the antiquarianism of painter Cy Twombly, to ekphrasis, materialities, and architecture. Her academic work is currently focused on theorizing English Baroque spaces and Japanese Metabolist structures. She also produces digital architectures and hybrid worldbuilding as NFT art and is currently working with the Tara Digital Collective. She is writing her first novel.

Her debut book, We The Parasites a lyrical essay on the nature of criticism as queer desire, will be published by Sublunary Editions in Fall 2022. Intertwining fig wasps, Updike, Genet, Twombly, Rilke, jewel heists, and a vividly rendered panoply of histories and myths from classical antiquity, it both tells a strange love story and makes a slantwise argument about reading with the body. We The Parasites reconfigures how longing changes and informs our relationship with art and literature, and asks what it means to want.

Hyperallergic Waiting for the Drop: Crypto Art and Speed

Los Angeles Review of Books (LARB): Mordew and The New Leftist Imaginary (on Alex Pheby's Mordew and the political implications of British spec fic and fantasy in America)

Review31: Give Me Difficulty, a review/critique of the British Museum's Nero exhibition