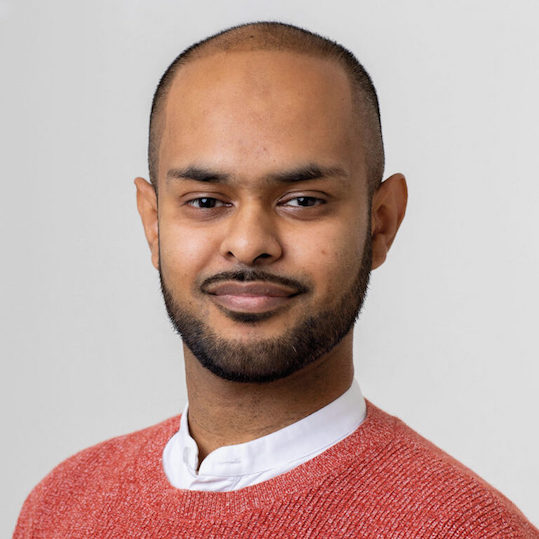 KAAMIL AHMED is a foreign correspondent who has reported on conflicts, labour and the environment in South Asia and the Middle East. His articles have been published in The Guardian, Vox, IRIN, Mongabay and Middle East Eye. He earned a Master of Science (MSc) in History of International Relations with Distinction from London School of Economics (LSE) and BA in Journalism and Contemporary History, First Class Honours, jointly from Queen Mary University of London and City University London. In 2016 he was awarded Outstanding Young Journalist in the Asian Media Awards, Youtube video here.

He is now considered an expert on Rohingya refugees and he is currently writing a book of narrative non-fiction Feel No Peace: How Violence and Exploitation Followed the Rohingya Across Rivers and Seas

Two articles in the Washington Post and Al Jazeera approached Kaamil to give expert commentary:

Washington Post "It was also "important for civil society groups that are emerging," said Kaamil Ahmed, a journalist who's writing a history of the Rohingya. Amid the hurdles to education, Rohingya have set up their own informal education networks. Some who speak English have even organized groups to study relevant international law together, Ahmed said. "People feel dehumanized," he said of the effects of Bangladesh's restrictions. "Young people feel they are stripped of any kind of opportunity. "The sense of hopelessness is compounded by the sentiment that the international and aid communities have "failed to listen enough to Rohingya," Ahmed said.

Al Jazeera "It's routine for Rohingya to be called Bengalis and even described as Kalars, a slur referring to their darker complexion, to deny that they're native to Rakhine," Kaamil Ahmed, a journalist who has reported on the Rohingya and is writing a book about the minority, told Al Jazeera.

For more of Kaamil Ahmed's journalism, see his portfolio