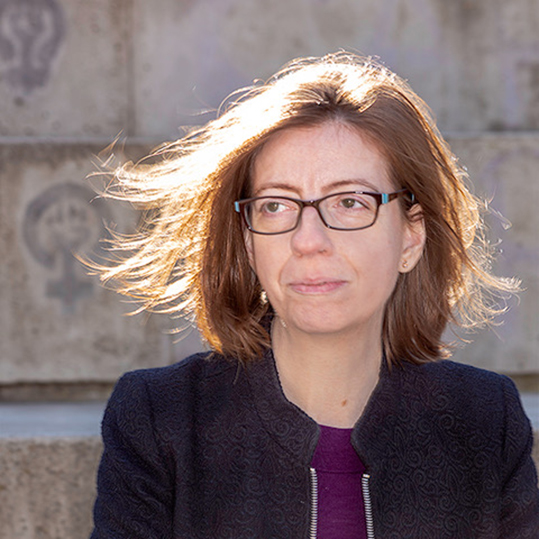 CARME FONT PAZ holds a PhD in English Literature from Universitat Autònoma de Barcelona (UAB), where she teaches as a Lecturer (Professora Associada) in the English Department. She is also Research Associate at the UCLA Center for Medieval and Renaissance Studies. In 2012-2013 Font was awarded postdoctoral research grants both at UCLA and Harvard University.

Literature has always been a passion for Carme, and she takes university teaching and research both as a privilege and a service. Prior to her university appointments, Carme Font worked as a literary translator, editor and reader for major publishers in Barcelona and Madrid. Among the authors she translated from English into Spanish are Peter Ackroyd, Charlotte Bronte (Tales of Angria), Nicholson Baker, Mark Twain (tales), Wilbur Smith, and Julie Otsuka. She is also drawn by teaching methodologies of advanced reading and creative writing practice, which she has been sharing for several years now in writers' workshops in Barcelona.

In 2018 Carme Font has been awarded an ERC-Starting Grant 2018 of €1.5 million for the project WINK, "Women's Invisible Ink: Trans-Genre Writing and the Gendering of Intellectual Value in Early Modernity".  See links below and follow @ProjectWink and @CFontPaz