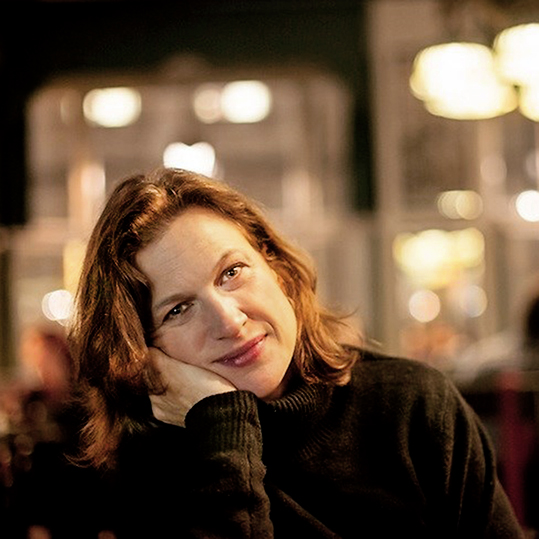 NANCY BISHOP was lured to Prague from USA to Europe after the crash of the Berlin Wall in 1989. As a theatre artist and political activist, Nancy was fascinated by Czech playwright and human rights advocate Vaclav Havel, who was catapulted to the Presidency in a transitioning Czechoslovakia where expatriates abounded. Bishop became the Artistic Director of an English Theatre Company in Prague, and rubbed shoulders with the Czech dissidents who helmed the revolution as she forged an artistic vision and a new life abroad. She witnessed the transition of the country from a communist backwater to an emerging capitalist democracy, the Czech Republic. With this change, came the birth of Prague as the "Hollywood of Europe," where Bishop played a pivotal role in nurturing Slavic talent and bringing European actors to the international screen. Her skills and connections led to a career as a casting director, at a time when American studios charged into the East to shoot major motion pictures. Credits such as Mission Impossible, Bourne Identity, Dune and numerous studio and network credits line her resume. She was nominated for an Emmy Award, founded the film acting program at the Prague Film School, and is in high demand for coaching actors around the world. In 2017 she led the Woman's March in Prague. She is currently bi-located between London and Prague where she develops film and TV projects as well as continuing her casting career. The refugee crisis has become a passionate issue for her and in her spare time, she is active in raising funds and awareness to support refugees.

She wrote two books for actors about the craft of auditioning. A new and updated edition of Auditioning for Film & TV (Methuen Drama, Bloomsbury) will be published in 2021-22.

She has now completed a hilarious and entertaining yet poignant and insightful literary memoir, Love Prevails, about Prague, Hollywood and the New Europe from 1989-2017.