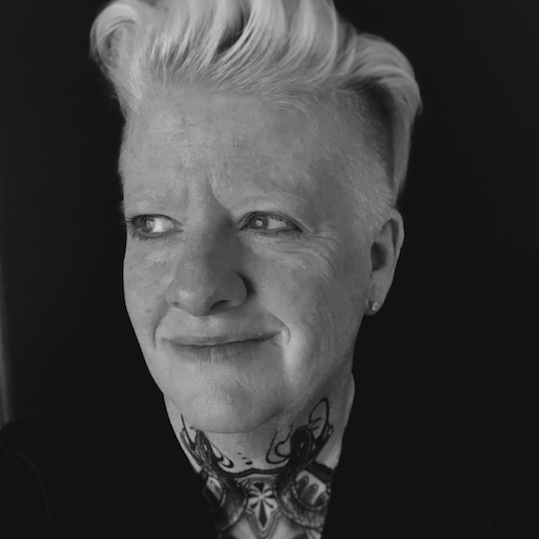 "This courageous and compelling book by a Border Patrol agent turned immigration activist is essential reading to understand how today's heartless and abusive Border Patrol culture came into being and what needs to be done to transform immigration policy in America."

Ruth Ben-Ghiat, author of Strongmen: Mussolini to the Present

JENN BUDDwas a Senior Patrol Agent with the U.S. Border Patrol in San Diego and an intelligence agent at San Diego Sector Headquarters from 1995 to 2001 when she resigned in protest. Since 2015 she speaks out on national and local news, community panels, podcasts and radio. She regularly is consulted by academics, journalists, humanitarians, and lawmakers. She is often interviewed for outlets such as The New York Times, Newsweek, The Guardian, Washington Post, NPR, Telemundo, and many more. She is an ambassador for Define American and the Southern Border Communities Coalition (SBCC). Organizations such as ACLU, Border Kindness, Al Otro Lado, Espacio Migrante, Justice for Muslims, Alliance San Diego, Unified Deported Veterans, San Diego Immigrant Rights Consortium, AILA SoCal and Immigrant Equality all follow and support Jenn Budd's activism. She has more than 40K followers on Twitter (@BuddJenn)

See and support Jenn Budd's activism on her website

The San Diego Union Tribune featured this article about Jenn Budd on the front page (February 14 2021).

Heliotrope Books will publish AGAINST THE WALL: My Journey From Border Patrol Agent to Immigrant Rights Activist by Jenn Budd as a hardcover, paperback and ebook on 21 June 2022, with foreword written by the New York Times best-selling author and Pulitzer Prize-winning journalist Jose Antonio Vargas, as the Founder of Define American, a culture change organization dedicated to humanizing the narratives surrounding immigrants. Jenn Budd, the only former U.S. Border Patrol agent to continually blow the whistle on this federal agency's rampant corruption, has written this book to challenge us—as individuals and as a nation—to face the consequences of our actions. Her journey offers a vital perspective on the unfolding moral crisis of our time. She also gives harrowing testimony about rape culture, white privilege, women in law enforcement, LGBTQ issues, mental illness, survival and forgiveness. Heliotrope Founder and Publisher, Naomi Rosenblatt says: "I found Jenn's memoir compelling, raw, and shocking. My readers from the ages of 23 to 91 were upset by her account of the sexist, abusive culture within Border Patrol, and I appreciate Jenn's courage in also sharing her very personal story of childhood trauma and mental breakdown. Many writers cannot do that with a voice of honesty, vulnerability and detail. There are many treasures in this memoir, and many people will connect with it. There is no way this book will not rip like a comet throughout the world." Jenn Budd says: "I wrote Against the Wall to try to heal myself from a traumatic childhood, a sexual assault I survived while in the Border Patrol academy and a serious suicide attempt in 2015. Much like our border wall, my personal walls did not keep me safe. My trauma and the trauma I caused others only began to heal when I began tearing down my personal walls and facing my own prejudices and racism. Solving racial divisions begins with each of us. I hope my memoir will prompt more citizens to face our prejudices, dismantle institutionalized racism and be willing to listen to those we've harmed."

"The word ally is thrown around so freely these days that it's become devoid of meaning. Through her years-long activism, and now through this daring and soulful book, Jenn Budd symbolizes not just allyship but forces readers to examine what being an "ally" means. Jenn's memoir is at once deeply personal and profoundly political, allowing us access to her very raw and vulnerable mea culpa, explaining—though never excusing—her own participation in the brutal inhumanity of America's broken and cruel immigration system. As an undocumented immigrant who has been arrested and detained by Border Patrol, I am thankful that Jenn is now firmly and fearlessly on our side, fighting for the human rights of immigrants." Jose Antonio Vargas, best-selling author of Dear America, Notes of an Undocumented Citizen and Pulitzer Prize-winning journalist

"With painstaking honesty and the sharp eye of a natural storyteller, Jenn Budd chronicles her journey from oppressor to activist. She investigates and condemns the agency she once was proud to be a part of while simultaneously exploring her own complicity. As a woman in a heavily male-dominated law enforcement agency, a daughter of an alcoholic, a gay woman in a misogynistic, racist and homophobic environment, she was determined to fit in, even at the expense of her own moral compass and mental health, ultimately numbed by the sexual violence and physical harm perpetrated on her by male colleagues. Jenn's story, so deftly told, is a powerful testament to the importance of confronting both our own personal demons and our country's corrupt systems of power. This beautifully written book at its heart is about atonement and the unwavering advocacy that can grow from self-forgiveness." Barbara Feinman Todd, author of Pretend I´m Not Here and founding Journalism Director at Georgetown University

"Against The Wall is a shocking look at the ugly underbelly of the US Border Patrol. Brave and unflinching, Jenn Budd is one of the most important voices about immigration enforcement in the United States." Reece Jones, a 2021 Guggenheim Fellow and the author of White Borders: The History of Race and Immigration in the United States from Chinese Exclusion to the Border Wall

"As Americans, we invest so much power and responsibility in our law enforcement officers. When that power is abused, it's our responsibility to stand up and speak out about it--and Jenn Budd does that so courageously in this compelling book. Please read it. Please internalize it. And please join Jenn in her incredible activism to make sure the abuses of power stop now and never happen again." activist-actress-author Alyssa Milano

"The story of Jenn Budd is the story of redemption," said Hiram Soto, who took Budd under his wing as the then-communications director at Alliance San Diego, a nonprofit that advocates for immigrant rights. "It's really the story of the United States in the moment we are going through now," he said, "recognizing the cruelty and racism and violence that Border Patrol has inflicted on so many people, and how you can come to turn the page on that and actually find other ways to manage immigration and treat people."

Andrea Guerrero, Alliance San Diego's executive director, describes Budd as "a very extraordinary, unique person. She's done really hard work to recognize her role in a troubled past that she was also a victim of, and I wish there were more agents like her who had courage to come forward, had courage to question what they're asked to do, and had the conviction to do something about it."

"This book is a must-read for anyone who is interested in a first-hand account of how immigration enforcement plays out at the U.S.-Mexico border. Jenn Budd succeeds in not only sharing and humanizing the face of childhood and adult trauma, but deftly connects these tragic incidents to the societal harms and trauma imposed on border and immigrant communities as the result of problematic national policies and politics. Jenn, who as a former Border Patrol agent witnessed corruption at our nation's largest law enforcement agency and who personally experienced sexism and abuse, illustrates why this agency, which regularly violates basic rights with impunity, needs to be brought under control." Vicki B. Gaubeca, a long-time human rights advocate and current director of the Southern Border Communities Coalition

AJ+ (Al Jazeera), I Felt Like A F*cking Nazi': An Ex-Border Patrol Agent Speaks Out, which has more than 2.2K likes and 600+ overwhelmingly positive comments

Podcast, The Bitchuation Room with Francesca Fiorentini, Episode 124 Genocide on the Border