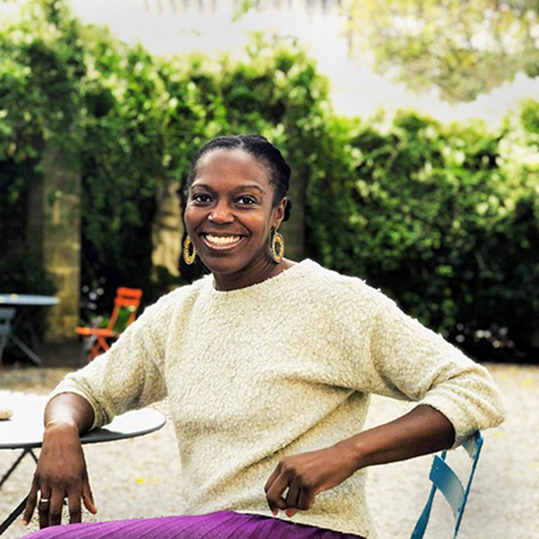 NICOLE ANGELA PEARSON is a Bronx born, Anchorage, Alaska raised activist, writer, teacher, and entrepreneur who in 2005 moved to Spain to study flamenco dance. Nicole studied African American history at Howard University with a focus on Black women and Black liberation movements.  In 2015 she started a wine and travel business, Nicole Angela Travel and Taste, where she gives workshops, tours and tastings exploring Spanish history through wine. She leads workshops on intercultural adaptation for study abroad programs in Spain such as Tufts/Skidmore and New York University.  Nicole also gives community talks and workshops in Spanish and English on women's roles in Black liberation movements and movement organizing wisdom and strategies.

A lifelong activist Nicole´s passion for justice was ignited by the anti-apartheid movement and and Latin American liberation struggles. In high school she started working with the solidarity group CISPES, Communities in Solidarity with the People of El Salvador.  At university Nicole was heavily involved in organizing students and youth in the DC area against the first Persian Gulf War. From there she worked as a lobbyist for USSA, United States Students Association and NARAL. Post university she trained as a community organizer in Oakland with the Center for Third World Organizing and went on to work on anti-lead, police harassment, and voting campaigns in Denver and Portland.  In Seattle, Nicole worked with LELO a multiracial/generational community based labor group, helped form a youth of color lead organizing collective as well as organized student and youth for the WTO ministerial meeting in Seattle in 1999. As a result of that organizing she was subsequently arrested and became a named plaintiff in a landmark lawsuit against the City of Seattle and the Seattle Police Department. After years of on the ground activism, Nicole shifted focus to work with YES! Magazine in 2001 organizing multigenerational conferences of activists from various political movements. In this position she met some of the most influential activists from the environmental and US civil rights movements such as Vandana Shiva, Joanna Macy, Gwendolyn Zoharah Simmons and Vincent Harding.  Nicole continues her activism in Spain working with Afroconciencia the Spanish Black consciousness movement and MAPA a people of color led anti racism movement. She is excited to be a witness to and a part of these burgeoning social developments.

While activism is the foundation of Nicole ́s work, writing is at the core of everything she does.  She began writing as a way to articulate her experiences and explore her African American identity. She has written extensively on her life as a traveler and expat in her blog ¡Ay, Negrita! and Spanish history, food, and wine in her blog Nicole Angela Travel & Taste. She is a storyteller using whatever genre is most appropriate to explore history's impact on everyday lives and how everyday lives shape history.   Nicole is currently focused on the impacts of imperialism and white supremacy on travel and migration. She explores the stories of Black migrants and immigrants in her Instagram . Nicole is working on a memoir that tells her travel and migration story and that of her family to highlight how Black migration has transformed the world. She hopes that one day travel will build connections and foster justice.

Read her essays on Medium:

Why I Left My Country

White Supremacy Is A White Problem

The Ballot or the Bully