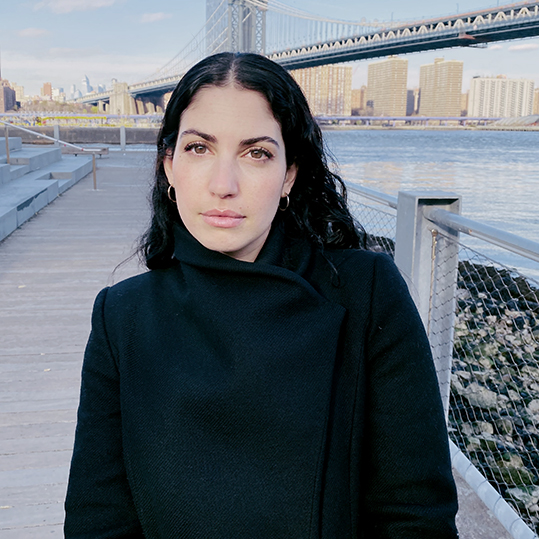 FARAH ABDESSAMAD is a writer and critic of literature and the arts. Her essays and reviews, which commonly thread on discussing ideas and moments of history with a multicultural outlook, have featured in the Los Angeles Review of Books and its channels, the Times Literary Supplement, Elephant Magazine, Observer Arts, Hyperallergic, Middle East Eye, The New Arab and Review31 among other venues.

Farah has worked in the aid sector since 2008. She's currently an international development and peacebuilding consultant for international organisations. Before moving to New York City in 2020, she lived and worked for the last decade in countries such as Lebanon, Iraq, Somalia, South Sudan and Yemen and before then, Brazil, Cambodia, and Haiti. These experiences, in addition to other episodes of relocation and displacement, motivate her to further explore the themes of nostalgia, exile, erasure, heritage and belonging as it relates to "the rest of the world" in her creative practice. Her interests also extend to philosophy, history and photography.

Born in Paris, France, Farah is a dual French and Tunisian national who's at work on a first novel set in Japanese-occupied Cambodia and a collection of essays on the cultural significance of fire in the ancient Mediterranean world which carries contemporary resonances on identity and the reimagined realms we choose to cherish.

Middle East Eye, The story of the Arabian Nights

Elephant, Journeys through the outer fringes of Paris

Philosophy Now, What Is Guilt