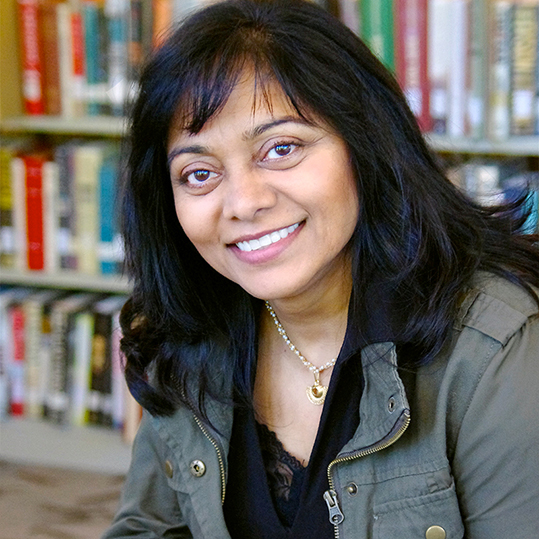 MANJU SONI was born in South Africa, and currently lives in the United States. She practiced as an eye surgeon for many years, and has developed drugs for the eye, but now applies her surgical skills to writing crime fiction. Her anti-apartheid activism in South Africa inspired her debut nonfiction book, When Lions Roared: How Brave Young People Defied Apartheid, which was published by Amazon Kindle Singles in 2016. Her first short story, a psychological suspense, was published by Ellery Queen Mystery Magazine in 2017. In 2018, she won the Leon B. Burnstein/MWA-NY Scholarship. And, in 2020, her first mystery/suspense novel was a Pitch Wars mentorship program selection, mentored by Kellye Garrett and Mia P. Manansala. Also in 2020 she was a runner-up for Sisters In Crime's Eleanor Taylor Bland Award. Her short fiction has appeared in Ellery Queen Mystery Magazine and Akashic Books, and in the Best New England Crime Stories 2020

Precious Girl is psychological suspense about a mother's relentless search to find her missing daughter, and her daughter's desperate quest to be found….Fairhaven, Connecticut, seems to be the perfect New England town. In this country club world, Maya and Manav Mehta, and their two daughters, Anju and Siya, are a model minority South Asian-American family, she, a successful therapist, and he, an accountant. Then one day, a week before Thanksgiving 2018, Anju disappears from the front of the town's ornate library. Six months later, she's still missing, and her absence has affected them all deeply. Convinced she's run away, police captain Dave Kunitz has been slow to respond, which leads Maya to accuse him of racism—guilty of applying the "missing White woman syndrome." When Maya's quest to find Anju lands an elderly woman in hospital, she seeks help from a therapist, who is also her partner and her husband's best friend. But her ongoing search, and the ensuing events, reveal deep secrets of her own, expose the hidden fault lines within her own marriage, puts both her daughters in grave danger, and divides her town.