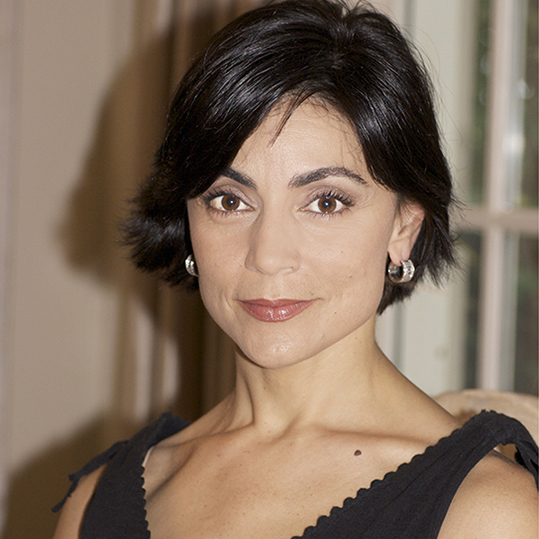 SIBEL EDMONDS is founder, editor and publisher of independent media organization, Newsbud and founder and president of the National Security Whistleblowers Coalition (NSWBC). She is author of a memoir, Classified Woman: The Sibel Edmonds Story; and a political spy thriller, The Lone Gladio. She is the recipient of the 2006 PEN/Newman's Own First Amendment Award. Ms. Edmonds is a certified linguist, fluent in four languages, and has an MA in public policy from George Mason University and a BA in criminal justice and psychology from George Washington University. She now lives with her husband and daughter in Turkey.

"Sibel Edmonds would not let an intimidating FBI shut her mouth, and as a result, suffered grievous consequences, but she has persevered and we are better off for her sacrifices." Paul Newman

"Sibel Edmonds is an American Patriot. She has a classic story to tell – which is the story of an immigrant who came here seeking more freedom, and seeking a real democracy – and unfortunately was shut down when she tried to exercise her rights under the First Ammendment." Ann Beeson, ACLU

"For nearly a decade, Sibel Edmonds has fought against excessive government secrecy, built up an organization of more than one hundred national security whistleblowers, and exposed government attempts to cover up abuses." James Bamford, bestselling author and award-winning journalist

Classified Woman: The Sibel Edmonds Story In her startling memoir, Sibel Edmonds—the most classified woman in U.S. history—takes us on a surreal journey that begins with the secretive FBI and down the dark halls of a feckless Congress to a stonewalling judiciary and finally, to the national security whistleblowers movement she spearheaded. Having lived under Middle East dictatorships, Edmonds knows firsthand what can happen when government is allowed to operate in secret. Hers is a sobering perspective that combines painful experience with a rallying cry for the public's right to know and to hold the lawbreakers accountable. With U.S. citizens increasingly stripped of their rights in a calibrated media blackout, Edmonds' story is a wake-up call for all Americans who, willingly or unwillingly, traded liberty for illusive security in the wake of 9/11.

The Lone Gladio OG 68—aka Greg McPhearson—no longer works for the company. The hunter has now become prey. He knows this beast: what created him and shattered his soul. Until Mai. When he opened the door to her three years ago, he opened what soul he had left. Yet he belatedly discovers that no amount of pride or power can ever replace one precious breath . . . When the CIA orders his FBI bosses to call off a sting, Special Agent Ryan Marcello decides to do some digging. He calls in senior analyst Elsie Simon, expert in the Turkey-Central Asian-Caucasus nexus, to help track down the high-level target with ties to ruthless power players in a global narcotics-terrorism ring. Every lead and each new suspect brings them that much closer to home. With Elsie's help, and their lives at stake, the two begin their own investigation . . . The murdered son of a U.S. mogul leads to the hiring of Ryan and Elsie, who are used and then trapped in a byzantine scheme of retribution: of black ops within black ops, trails gone cold, kidnappings, blackmail, unexplained murders . . . a plot that extends from Russia and Azerbaijan to Cambodia, Vietnam, and is buried inside the Deep State.