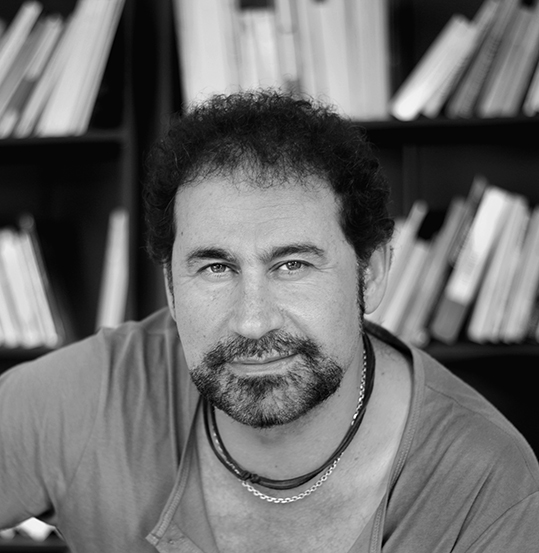 His novels are full of rhythm, humour, intellectual drunkenness, the spirit of self-criticism and derision.The qualities they have are those which the Arab intellectual world of today is in his view unfortunately lacking." La Liberation

ALI BADER (born in Baghdad, 1979) is an Iraqi novelist, essayist, poet, and screenwriter and the winner of five major Arabic awards.  He is regarded as one of the most significant writers to emerge in Arabic world.  His novels are unlike any others in the Arabic world, as they blend character study, social criticism, philosophical reflection, and explicit language. In addition to his fourteen novels, he has published several works of nonfiction and poetry collections. His books in English include Papa Sartre (AUC Press, 2009), and The Tobacco Keeper (Longlisted for the Arab Booker Prize, Bloomsbury, 2012). One of his short stories is included in the anthology Iraq+100 (Comma Press, 2016), chosen as one of the best science fiction and fantasy books of 2016 in The Guardian and in Barnes & Noble. Another of his short stories is included in the anthology Baghdad Noir, (Akashic Books).

Before he had to flee for his life, Ali Bader studied philosophy and French literature in Baghdad. He worked as an actor, as a columnist for Arabic newspapers, and also as a war correspondent. In his novels, Bader challenges prevailing stereotypes about his region and also the ideology of extremists. In Playing With CLouds (2016), based on his own life, he also criticises the idealised image of Europe. Ali Bader currently lives in Brussels.

Read his very short yet brilliant story, A Pint of Guinness for Hanna the Sailor in Eleven Eleven Journal (California College of the Arts)

Read his story, The Enigmatic Crime of the Signals Private, translated into English and Hebrew in Short Story Project

Read a review of his novel, The Tobacco Keeper